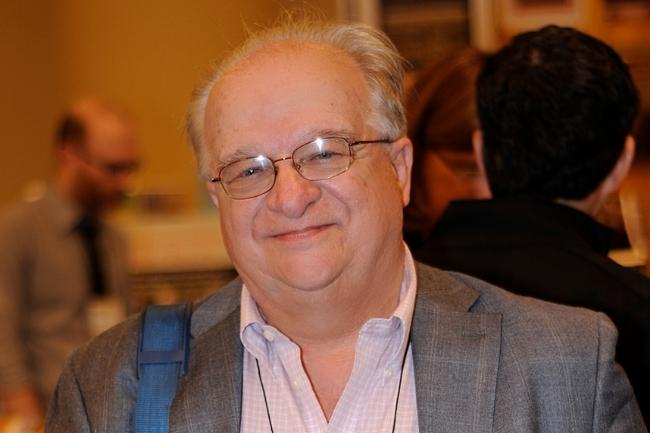 John Tutino’s The Mexican Heartland: How Communities Shaped Capitalism, a Nation, and World History, 1500-2000 (2018) examines Mexico’s long modern and contemporary histories, spanning from the sixteenth century, with the emergence of a silver economy, to the consolidation of Mexico City as a major world city in the twentieth century. Dr. Tutino is a professor of history based in Washington D.C. While focusing on Mexico, his work encompasses the transnational history of Latin America, and its centrality in the development of capitalism. Tutino’s book centers Latin America in global processes, namely those attached to the development and expansion of capitalism. While commodity-focused works are not particularly new, Tutino’s (2018) piece is not a work on silver or other Mexican commodities. It focuses on the agency and on the deep level of negotiation that had to exist, through centuries, for powerful actors – either Spain or postindependence elites – to exercise their dominance. While not particularly tied to Atlantic history, but rather to global movement and the convergence of Pacific and Atlantic economies and societies, Tutino’s book serves as a good example of a work that moves away from particular nation-state centric perspectives, also focusing on diverging communities within the nation-state, and their relationship to processes that go beyond the national borders.

The dense book begins with a panorama of different kinds of colonial rule and social orders (often pre-dating colonization) that existed in Spanish America. Chapter one (1550-1700) discusses the existence of a silver economy fueled by China’s demand for the mineral, which according to the author forged the first form of global capitalism. The horrid effects of colonization are also addressed throughout the book, and in this particular section. As Tutino contends, “across the Andes and Mesoamerica, surviving natives were drawn into nuclear settlements, granted lands sufficient to shrinking populations, and organized as republics ruled by native notables via local councils” (Tutino 2018, 37). The chapter particularly focuses on the different dynamics of the Andes and of New Spain. In the Andean region, the kurakas, a class of regional lords within the Incan tradition, who held “kept indigenous ways of production, regional exchange, and power strong into the sixteenth century” (Tutino 2018, 40). With divergence in mind, Tutino further explores transformations arising from Spain’s colonization, namely those attained to the Bourbon reforms, in the second chapter (1700-1825). Pressures by the Spanish crown to increase extraction led to major uprisings from Cuzco to Potosí. The chapter also addresses how the Andean economy faded, whereas in New Spain a different scenario was observed in the eighteenth century, as silver production dramatically increased, alongside population, cultural debates, and social polarization (Tutino 2018, 52). As Napoleon interrupted Spain’s legitimacy in 1808, independence movements gained strength, fostering a mass insurgency in 1810 (Tutino 2018, 55-56) and the eventual decline of the silver economy (Tutino 2018, 56). As Tutino (2018) contends, “one lesson of this history is that capitalism requires stability to thrive in the long run, and stability requires both the generation of profits and the provision of sustainable lives to the families that carry capitalism” (Tutino 2018, 56). These chapters indicate how the management, by Spanish colonizers, of old social hierarchies and their adaptation for European profit was not stable nor eternal. Local populations resisted and negotiated their position, contesting power when pressured, and events in Europe had inevitable repercussions in the Americas.

Negotiation, in its turn, is a central concept in Tutino’s work. Chapter three (1700-1810) exemplifies the author’s emphasis on symbiotic relationships. In the Mexican heartland, the consolidation of what Tutino deems to be a system of “symbiotic exploitation” led to a social stabilization (Tutino 2018, 102). As most of the population in the heartland, lived in republics with insufficient lands for their growing population numbers, people looked after work opportunities in the haciendas, providing “labor that was flexible, affordable, and negotiated in ways that made estate-community relations symbiotic, exploitative, and generally stable” (Tutino 2018, 106) – seasonal labor, thus, was a marker of such symbiotic exploitation (Tutino 2018, 108). In parallel to this precarious form of employment, estates also housed some long-term employees, classified as “sirvientes, employees of Hispanic culture and often mixed ancestry; tlachiqueros, indigenous men who tapped maguey and fermented pulque; and gañanes, resident native day laborers often allowed to use small plots of land” (Tutino 2018, 108) – all of which were accountable for different tasks and earned different remunerations, with gañanes being less prevalent (Tutino 2018, 108). Still, work relations were dominated not by long-term employees, but rather by the struggling villagers, leading to the definition of “symbiotic exploitation” – the exploitative relationship resulting from estates that were unable to reach profit and villagers who would not be able to sustain themselves by staying in their villages (Tutino 2018, 113). Following chapters discuss in-depth developments in nineteenth-century Mexico, including those emerging after its independence from Spain. The tone of the book maintains the centrality of the Mexican economy to the world, as well as the importance of internal networks, and modifying relationships, to the functioning of the state.

From Chapter Nine onwards, Tutino (2018) discusses developments ranging from the Porfiriato, to more recent challenges in Mexico, namely those tied to the economy and the country’s dependence on the United States (which in turn benefited from resources coming South of the border). By the end of the nineteenth century, precarious work arrangements came, or as Tutino states, “growing numbers of land-poor and landless men and boys might serve estates as essential hands – but to be available, flexible, and affordable (meaning poor and cheap) they had to stay in the villages” (Tutino 2018, 265). This new scenario, according to the author, created a new class of big men, who mediated the hiring of boys and other men by estates; “a new, patriarchal, symbiotic exploitation” (Tutino 2018, 266). The author stresses how a new generation of young men and women grew up in Morelos by the turn of the century without land and relying on precarious and seasonal jobs (Tutino 2018, 266-267). The emphasis on specific regional patterns within Mexico is a marker in Tutino’s work. For instance, the author stresses how Diaz’s policies impacted estates. Detrimental to communities, Díaz’s industrial policies benefited estates. In Tutino’s (2018) terms, “the privatization of community lands, a liberal policy, and the acceleration of market production, a liberal goal, together fed accumulations…those liberal programs came linked – by liberals – to the privatization of Church properties and the separation of Church and state” (Tutino 2018, 272- 273). Pressures from the regime led to the formation of a base. The hardening situation faced by villagers eventually led to the formation of a revolutionary milieu, contributing to the emergence of Zapata as a community rights leader by 1908. Tutino (2018) discusses the developments of the Mexican Revolution in depth, before examining post-revolutionary dynamics in Chapter Eleven (Tutino 2018, 321-348) and following sections. The author discusses, for instance, the role of Mexico in providing resources to the US during World War II and the transition to an industrial state between 1935 and 1945 (Tutino 2018, 335-336). Maintaining the direction of other sections, Tutino (2018) pays special attention to the impacts of such transition on communities, claiming that Mexico ended up having two coexisting agricultural systems, “one in communities of smallholders struggling to feed families, the second led by commercial growers prospering by increasing production,” which “kept food available and prices low, subsidizing industrialization” (Tutino 2018, 343). Before moving to a specific discussion on Mexico City and its long-lasting importance, Tutino discusses the impacts of the 1973 oil crisis as well as of the dramatic 1985 earthquake (Tutino 2018, 345-346). The vast periodization adopted in the book sheds light on various actors, from those ruling at the top, to communities on the ground, which resisted, albeit with limitations and contradictions, to major changes in the Mexican socio-political scenario, until major crises in the 1970s and 1980s.

Chapter Thirteen recapitulates Mexico City’s central position in the country’s history, while also examining the impacts of global trends, namely neoliberal agendas, in the capital and beyond. Tutino (2018) stresses how the global economic turn towards neoliberalism, headed by the United States’ pressure towards trade liberalization and other measures, affected the city in different ways (Tutino 2018, 394). The trend consolidated with the formation of a trade bloc with the US and Canada, the NAFTA, in the early 1990s, which contributed to the ongoing globalizing process (Tutino 2018, 394). To Mexico, this meant the expansion of border industries, maquiladoras, due to cheap labor, but trade liberalization did not benefit the capital, whose industrial sector had unionized and benefited from exports under previous more restrictive trade policies (Tutino 2018, 394-395). Economic stagnation followed by economic globalization did not halt population growth and Mexico City continued expanding, with the construction of new neighborhoods by the rich and by the poor (Tutino 2018, 396). In the late 1990s, as the highly debatable promises of the neoliberal agenda faded, Mexico City saw its crime rates increase, amidst cycles of prosperity of collapse, with working classes resisting difficult times by building themselves the city and reinforcing their community bonds (Tutino 2018, 400-401).

As stated earlier, Tutino’s (2018) piece does not fit in the realm of Atlantic history, but it does retain similarities with debates within that field. For instance, Alison Games (2006) has underscored how the historiography of colonial societies of the Americas often relies on comparative approaches and which is often rooted in modern European history or the historiography of empires (Games 2006, 743-744). Green (2016), ten years later, acknowledging this lack of representation and moving away from notions of passive colonial oppression, also attempts to examine the active participation of non-Europeans in the Atlantic world. A more recent piece by Pennock (2020) highlights how indigenous peoples also obtained diplomatic posts, sailing jobs, and other official positions that, likewise, contributed to the European project (Pennock 2020, 798). This emphasis on the flows among societies and the need of decentering European history while highlighting the role of non-Europeans is also present in Ana Lucia Araújo’s work, which despite being more centered on slavery and its afterlives, also speaks more broadly of the necessity of broadening historical (and public memory) debates so that scholars can underscore the suffering and the agency of the colonized in our hemisphere (Araújo 2010). Tutino’s (2018) book, likewise, stresses how societies in the Americas, particularly in the area of his research (New Spain), negotiated, resisted, lived in symbiotic relationships, and contested regimes. Fitting within this trending scholarship of the past two decades, Tutino’s piece illuminates how non-European societies engaged with the world, not only as subjects of European domination, but also as participants of the construction of this system (and of capitalism itself).