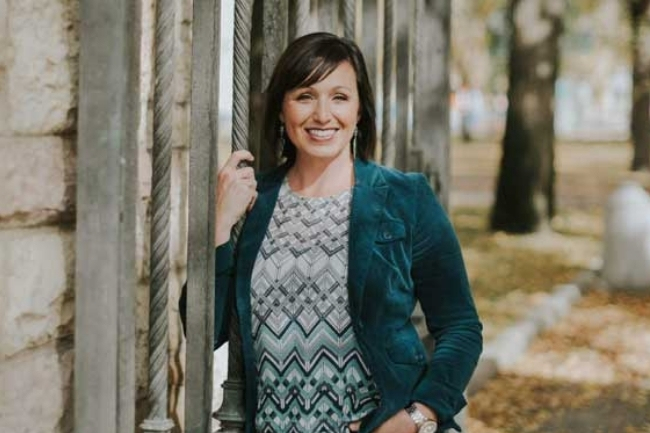 Social workers, like teachers, played a significant if unintentional role in the colonization of First Nations and Métis peoples in Canada by engaging in approaches to providing services where “assimilation took the guise of benign and de-racialized technologies of helping” (109). Métis scholar and historian Allyson Stevenson reveals this truth in her detailed and critical account of Sixties Scoop when there was a sudden escalation in the apprehension and transracial adoption of Indigenous children.

While Stevenson, an adoptee herself, focuses her account on Métis experiences in Saskatchewan, she provides an examination of broader historical contexts and regional, national, and even international policies and laws that sustained the “colonial intrusion into the intimate realm of Indigenous families” (4).

Despite a substantial bibliography of books, articles, papers, and reports that deal with residential schools and Indigenous child welfare (one bibliography included this book), at the time of publication Intimate Integration was the only book that focused on the Sixties Scoop. Based on both her scholarly and personal curiosity, Stevenson embarked on a study that employed Indigenous research approaches and her skills as an academic historian to tell her own and her people’s story, following “three key avenues of inquiry” (12) including examinations of: 1. the relationship between past federal and provincial Indigenous policies and the surfacing of transracial adoption; 2. the intersection of racial, gender, and social hierarchies in Saskatchewan and how these were connected to child apprehension and transracial adoption between the 1960s and the 1980s; and, 3. the interactions between Indigenous peoples and child welfare authorities and Indigenous perceptions of transracial adoption.

Stevenson grounds her inquiry in “feminist ethno-historical methodology” (27) informed by decolonial theory, which illuminates both the story of the Sixties Scoop anchored in a critical analysis of Indigenous transracial adoption at the intersection of gender, race, and class, and the story of Indigenous resistance, resurgence, and revitalization. Employing Indigenous oral history approaches combined with deep and critical analysis of archival documents and federal and provincial legislation and policies, Stevenson’s text explains the history of the Sixties Scoop within the context of earlier colonial efforts aimed at the assimilation, if not elimination, of Indigenous peoples while revealing how transracial adoption of First Nations and Métis children into settler families was a heinous act of intimate integration. By imposing a Euro- Canadian vision of the proper Canadian citizen, raised in a suitable nuclear family, Stevenson points out how colonial institutions under the guise of caring for children, undermined First Nations and Métis kinship systems and destabilized Indigenous individual, family, and community identities.

Readers of HSE/RHÉ will find Stevenson’s historiography to be powerful and enlightening. Although this reader found that each of the eight chapters seem to have been written almost as stand alone articles, the story arc of Intimate Integration is clear and explanatory. After providing a prologue to explain her personal and academic interest in the Sixties Scoop and the first part of the first chapter which outlines the theoretical and contextual framework of her study, Stevenson explains the ways in which Indigenous kinship networks (which supported adoption and fostering to strength kinship connections) not only supported intimate and family ties but also formed the basis of pre-colonization Indigenous approaches to governance and the “geopolitical connections that existed beyond human relationships to encompass the ties to land, animals and ancestors that make up Indigenous identity” (41). By providing this part of the story, Stevenson demonstrates how the colonization of kinship was deeply disrupting to the web of relationships that had provided mutual support and the sharing of intergenerational knowledge, protocols, and memories. In comparison, evolving Euro-Western suppositions about the purpose of adoption is then explored by Stevenson as these atomistic ideas emerged in the North American and Canadian context.

Influenced by earlier child rescue and best interest of the child philosophies, by the end of the Second World War, Canadian adoption laws and policies were also shaped by the idealization of the nuclear family. With this as background, Stevenson unfolds the story of child saving and Métis rehabilitation in Saskatchewan in chapters 3 through 6. Considering that Tommy Douglas has been held in high esteem by Canadians (that is, at least by non-Indigenous peoples) many readers of Intimate Integration might be shocked to learn about the leadership that he and the Co-operative Commonwealth Federation (CCF) provided in the coercive process employed to rehabilitate Métis people. Based on Social Gospel presuppositions, Douglas and the CCF looked to state intervention through a government-sponsored child welfare system to “educate Métis families to adopt the work ethic, dress, language, land tenure, aspirations, family structure, and political outlook of the majority Anglo-Canadian Saskatchewan residents” (74). This approach combined with the professionalization of social workers assumed to have the necessary expertise to judge what was in the best interests of the child lay the groundwork for the intensification of Indigenous child apprehension and transracial adoption. Supported by legislation, policies, and the advertising program known as Adopt Indian and Métis project (AIM), the Sixties Scoop resulted in the sudden and dramatic over-representation of First Nations and Métis children in the child welfare system during the 1960s and 1970s.

Stevenson does not end the story with the unfolding of the Sixties Scoop, however. Instead, she provides a denouement that explains the response and resistance to this child welfare system by Indigenous peoples, especially by Indigenous women. Over many years, and to the present, Indigenous activists have worked to dismantle the apprehension and transracial adoption policies of assimilation and cultural genocide.

Historians will appreciate Stevenson’s skilled critical analysis of archival and policy documents. Historians of childhood and youth will be interested in understanding how racialized, gender, and class policies undermined Indigenous kinship networks, disrupting the relationships between young people and their First Nations and Métis families, communities, and identities. For historians of education, this study demonstrates how colonized institutions work in combination to assimilate or eliminate Indigenous peoples. Historians of education need to assist teachers in understanding how they, like social workers, play a significant if unintended role in the intimate integration of Indigenous children into Euro-Canadian ways of life, thus eliminating “Indigenous subjectivities, kinship, and nations” (34).