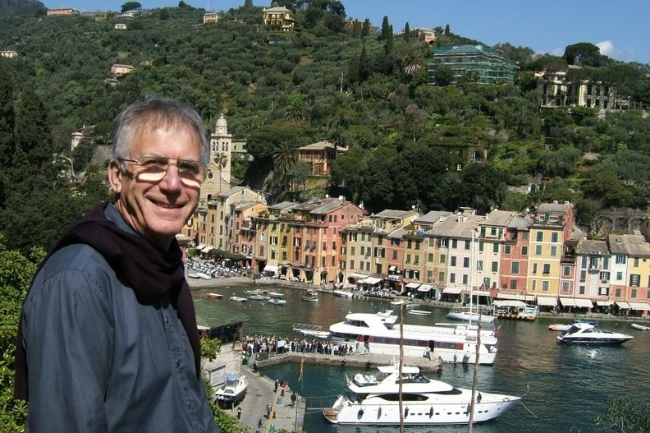 Martyn Lyons claims that the role of the typewriter in modernization has been taken for granted by cultural historians, a state he aims to correct in The Typewriter Century. Subtitled A Cultural History of Writing Practices, Lyons notes how the introduction of typewriters changed everyday office procedures, but most of his attention is on celebrity writers and their often uneasy relationship with the machine.

Touching on writers from a wide range of genres, including philosophy, social commentary, canonical literature, pulp fiction, children’s stories, crime, and romance, the book provides an entertaining look at how authors made peace — or not — with the typewriter by examining writers’ correspondence, media interviews, advertisements, websites, and blogs. The Typewriter Century provides a feast of anecdotes and interesting facts about writers familiar to bibliophiles; Gustav Flaubert, Jacques Derrida, Jackie Collins, Jack Kerouac, J. K. Rowling, Ezra Pound, and many more names appear in these pages.

In the introduction, Lyons explains his focus on the subjective opinions of writers and why an examination of their working methods provides a base for a cultural history of the typewriter. Chapter 2 traces the technological history of the machine from the “Writing Ball” to, finally, the first commercialized Remington No. 1 and the birth of the “typosphere,” Lyons’s term for “the global imagined community of typewriter users … sharing common practices and common problems, even if the context of their working experiences differed from culture to culture” (21). His brief examination in chapter 3 of how the emergence of typewriters contributed to a new gendered division of labour is illuminating yet also disturbing when considered today: “The ideal typist was smart, attractive, and deferential. Her job was to read the boss’s mind and anticipate his wishes before he had even articulated them” (62), Lyons writes.

The typewriter has given women independence, he notes, but “ultimately it had enslaved” them (62). The next chapter suggests a link between new mechanical printing and the aesthetics of futurist free verse forms in modernist poetry.

It is when Lyons delves into individual writing practices and how writers have adapted their creative practices to the typewriter that the book is at its best. For example, chapter 5 proposes that a “distancing effect” takes place when writers use a typewriter (or a word processor, presumably) to compose; the typewriter, he suggests, mediates the writer’s thoughts when they become transposed on to paper, a matter on which specialists in cognition might have more to say. The typewriter, Lyons explains, “was responsible for disconnecting eye, hand, and text, and a few [writers] were disturbed by the depersonalization of the text imposed by the machine” (88).

Lyons illustrates his point by discussing the writing practices of Henry James, who ended up dictating his work in the hopes he would “recover some of the automatic flow of literary composition and defeat the alienating effect of the typewriter” (89).

Despite this distancing effect, James grew dependent on the clatter of the typewriter; he found his inspiration had dried up when he temporarily exchanged his Remington for a quieter Oliver.

The response to the typewriter was not uniform, though. Chapter 6 describes the “romantic typewriter,” (105) a phrase referring to both writers using the machine and their attachment to it as an aid to creativity. Children’s author Enid Blyton and American stream-of-consciousness writer Jack Kerouac both fell into this category.

For these authors, the typewriter was an extension of themselves through which instinct and inspiration flowed freely. Lyons’s examination of letters between Blyton and a New Zealand psychologist reveals imaginative processes in which stories appeared to her as if they were scenes from a movie. Blyton “had only to record the image and, for this, the speed of the typewriter was essential” (111). Kerouac, meanwhile, aimed for spontaneity and fluidity in his writing, eschewing the fussiness of writers such as James or Gustave Flaubert. Kerouac “compared the writer to a jazz saxophonist, who simply blew an improvised section until running out of breath” (114).

Many of the writers Lyons discusses used a combination of both typing and handwriting to produce their work, a theme he explores in chapter 8. Some composed on the typewriter and edited by hand, while others did the reverse. English humourist P. G. Wodehouse and mystery writer Agatha Christie both relied on handwritten notes, often hundreds of pages of them, to produce their work, and Lyons assures us handwriting is still important in the creative processes of many authors. The following three chapters present “case studies” that demonstrate the writing behaviours identified earlier in the book. Popular crime writer George Simenon, whose own life according to Lyons was as colourful as any of his novels, relied on the typewriter for speed. Similarly, pulp fiction writer Erle Stanley Gardner hired a pool of typists to keep up with his prodigious output. Not limiting himself to “exaggeratedly masculine” (177) crime writers, Lyons investigates the writing practices of such writers as romance novelist Barbara Taylor Bradford, Agatha Christie, and children’s author Richmal Crompton and finds that women used the typewriter in ways similar to men with two important exceptions: women generally had to give domestic responsibilities priority over their writing, and they often struggled to accept that they were professional writers. Lyons closes the book with a reflection on our continuing attachment to the typewriter.

The Typewriter Century is not a comprehensive history of the machine or even its impact on culture or the culture industry. It is, however, an engaging and entertaining introduction to themes and writers, which could be the subjects of further research.

Helpfully, Lyons has included an index and extensive bibliography. Those who love books, regardless of genre, will find topics of interest here.