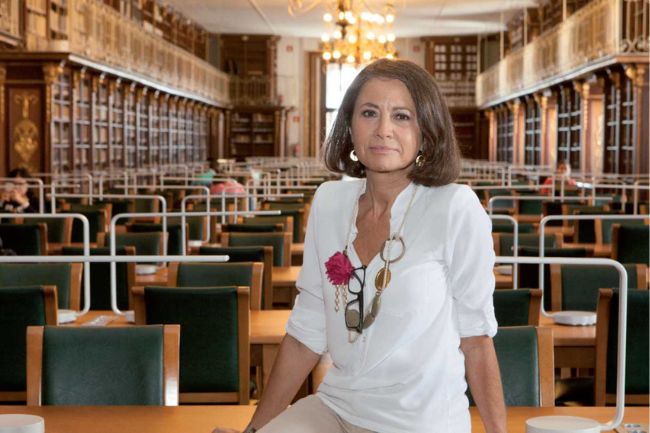 1Women’s mobility and migration and their role as migrant workers in host societies is a topic that only recently has been acknowledged by the scholarship on migration history and started to receive some attention. However, it still remains a rather understudied matter not only in this sub-field of history, but also in labour history. El vuelo corto. Mujeres y migraciones en la Edad Moderna (or The Short Flight. Women and Migrations in the Early Modern Age, in English) by Ofelia Rey Castelao is an important contribution to enrich the knowledge of the international academic community.

2Firstly, this study examines the relation of women with mobility as well as migration and work, beyond the classical approaches to the study of the topic that either portray women solely as dependent migrants in the context of family mobility and migration, or as victims of male migration and seasonal mobility. Rey Castelao does that in two different ways. On the one hand, the author looks at women as active historical agents in these processes of displacement, namely as migrant workers engaging in short- and long-distance migration with either a seasonal, temporary or permanent character. On the other hand, Rey Castelao reconstructs the trajectories and experiences of women as historical actors that not merely endured the consequences of male migration and temporary mobility but that had agency and actively looked for solutions and tried to take advantage of the new circumstances in which they found themselves in.

3Secondly, in this work Rey Castelao explores the social and economic integration of migrant working women in their host societies, as well as the experience of women that did not move and remain living and working within their family circles and geographical vicinity. Thirdly, by focusing on the early modern period and on the case of Spain, Rey Castelao’s contribution to the scholarship is made even more relevant. The book clearly shows the significance of women’s mobility, migration and migrant work in the early modern period at large, while simultaneously challenging dominant views in the international scholarship about the Southern European women’s supposed immobility and impossibility of taken decisions about their lives. Fourthly, Rey Castelao discusses three central questions that are more often than not overlooked in studies on women’s migration and mobility, namely: (i) Did the factors that impact male labour migration and mobility also influence women’s relocations and movements? (ii) If so, did they influence in an identical or different way? (iii) Was return seen in a similar way by men and women? Fifthly and finally, this study is a clear example of how bringing in together knowledge from different sub-fields of history and other disciplines can be rather helpful to move forward the scholarship on this topic. Rey Castelao achieves this by combining demography, economic and social history, labour history and the history of emotions.

4The book is divided in four main chapters. In the first, the author offers an overview of the main developments on the topic in the last fifty years, covering Spanish, French and Anglophone scholarship. In addition, Rey Castelao outlines the dominant theoretical framework of analysis to study gendered mobility and migration. This is followed by a discussion of the invisibility of women in the historical records, and an assessment of the sources available, their potential and problems. Among these, the author clearly emphasizes the importance of using church records, early modern population counts, general and municipal legislation, records of charitable institutions, fiscal registrations, judicial court-cases, newspapers (in particular after the eighteenth century), in combination with more qualitative and descriptive materials such as travelogues and literary texts, but also ergo sources, like memoires, diaries and private correspondence. More importantly, Rey Castelao argues that it is essential to examine these material with a fresh set of questions in mind and thorough methods in hand.

5Central to the study of women’s mobility, migration and economic activities is the power of choice and decision – a rather contentious matter for in the international scholarship the view that Southern European women had none or little power to decide the fate of their lives is still currently rather prevalent. This is a point that Rey Castelao tried to demystify in her book by making clear that Spanish women as well as foreign women living and working in Spanish society did make their own decisions. These were influenced and informed by multiple aspects connected with the circumstances of their migration, namely: if they migrated alone or in the dependence of others, such as the family, or if they did so legally leaving a paper trail or not. Equally important to understand and explain women’s migration and mobility is to pay attention to the rationale behind the decision of migrating, which could be political, economic, social, and religious. Additionally, the choice and decision of migrating were influenced by language and cultural differences/barriers, literacy levels, and the existence of borders/frontiers that needed to the crossed.

6The second chapter examines different forms of women’s mobility and migration. In this section of the book Rey Castelao makes clear that parallel to the commonly known and well-documented micro-mobility of women mainly associated to marriage and as dependents, women also engaged in other forms of mobility and of more permanent migration, for the same set of reasons as men. These included intra-rural mobility, rural-urban migration, migration as captives, migration to the Americas, and the immigration of foreign women into Spanish society. The most common migration was from the countryside to the cities, but there were also intra-rural migration of women, although the latter tended to be more irregular and dependent on labour demand. In view of this, the main focus of this chapter is on rural-urban migration. For this, Rey Castelao provides figures, information on the economic activities performed in the hosting urban centers, as well as a detailed analysis of the dominant views and perceptions of migrant women in these spaces.

7Nevertheless, Rey Castelao does make an effort to pay attention to rural contexts, in particular by discussing the effects of mobility of both men and women on labour organization, transfer of property, organization of households and land estates, and the role of proto-industry in these areas as a complementary activity. Overall, Rey Castelao makes clear that more often than not women migrated because they needed a job. Northern Spanish women tended to migrate to long-distances than Southern women, because the latter could migrate to cities and towns closer by, as the urbanization grid in the South was denser than in the North. Those that migrated in Northern Spain were mainly single women who were not entitled to inheritance. By letting them migrate, families could free themselves from dowry and other obligations. But the evidence presented also shows that many married women were rather mobile offering their services as wet nurses in nearby cities.

8Simultaneously, the author demonstrates that many women did not have the possibility to migrate. This applied to women on the coast, whose husbands or fathers were regularly absent at sea, and they had to assume the head of the family and the household and the shores that came with it. Women whose husbands were absent from home either permanent, temporary or seasonally were also unable to move or migrate. In an identical situation were women that even alone could maintain themselves, often because they combined subsistence agriculture on a small plot of land with some other side activity. The third chapter is dedicated to these women that stayed put and remained with their families. Here, Rey Castelao discusses the role of the family and women in creating stability, while at the same time analyzing the work they performed under these circumstances.

9In the final chapter, Rey Castelao explores another dimension of engendered early modern migrations and their impact on women – the migration of men. To this end, the author examines its impact on women at a human and moral levels. In addition, Ofelia Rey also assesses the impact of those absences and the burdens these created in terms of work, as well as in terms of uncertainties about what the future would bring for them and their families. However, the author does not do that without emphasizing the initiative and ingenuity of women to overcome those challenges and look for ways to improve their situation. By doing so, Rey Castelao calls scholars to pay more attention to the impact of agency, as well as social, cultural and emotional aspects on migration movements of women, as well as of men, and to further acknowledgment that mobility and migration were not necessarily linear and only one-direction driven historical phenomena.

10The book has essentially three main shortcomings, which the author herself identifies, recognized and reflects upon. There is a clear unbalance in terms of geographical, chronological and thematic scope, as the author focuses more on the North of Spain than on the South, centers her analysis mainly on materials from the eighteenth century, and pays far more attention to urban areas than to the countryside. But, as Rey Castelao explains, these unbalances are to a great extent consequence of the limitations imposed by the source materials at the disposal of the researchers that study this kind of topics. Nevertheless, El vuelo corto is far more than just another study of women’s mobility and migration in Spain, being an appraisal of the historiography on the topic by a scholar who has devoted most of her career to the study of early modern women’s work and movements and who had seen from up-close the impact of migration on women in Northern Spain by tracing her own family history.